By exposing the light to the skins surface the skin’s photoreceptors are activated and let the skin cells absorb the energy.

By exposing the light to the skins surface the skin’s photoreceptors are activated and let the skin cells absorb the energy.

Light therapy also known as Photodynamic Therapy, has been studied for more than 40 years worldwide during which time it was discovered that visible and infrared light has positive therapeutic benefits to living tissues and organisms on a cellular level to promote different levels of tissue healing and regeneration. Clinical tests, carried out by NASA, Stanford University and the Mayo Clinic have also found that light energy (photon therapy) can help relieve pain and inflammation from disease based conditions, physical trauma, work related stress, training or other high performance activity.

Prior to treatment advice:

Recommended aftercare following your treatment are as follows:

Light therapy can be used to treat many conditions including:

Light therapy is growing in popularity in both aesthetics and at home. Using varying LED wavelengths, this skincare technique purportedly helps: treat acne reduce inflammation promote anti-aging effects. Through stimulating the natural healing power of our cells, photon light therapy has gained credibility as a simple and effective, non-medical alternative to prescription medication and a natural non-invasive alternative to invasive surgery. Because of its versatility and ease of use, photon light therapy is becoming more popular for both pain relief and for its cosmetic purposes in skin care in both the medical industry and also the cosmetology industry.

Although there are no time limitations for photon light therapy it is recommended a client has a minimum of 30 minutes light exposure per session. It is recommended that the client commits to a minimum of 5 treatments, for optimum results it is advised that a full course of treatment, 10 – 12 sessions are taken. 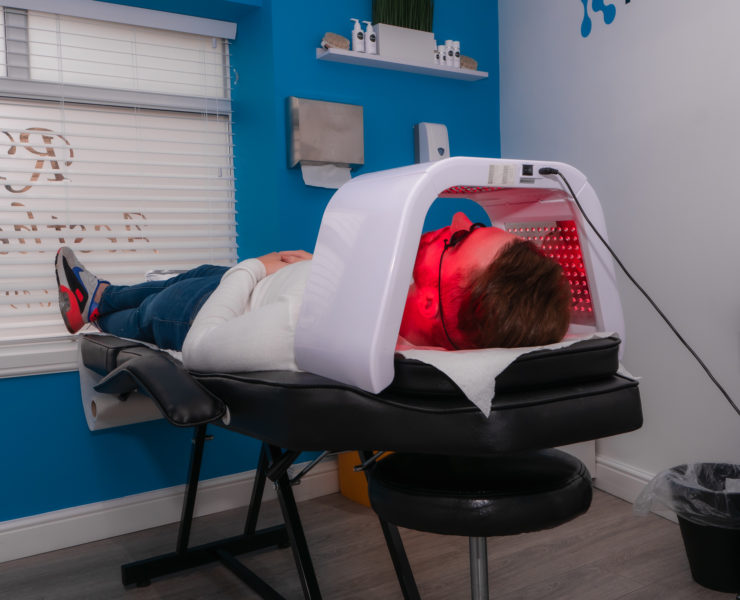 What is LED Photon Light Therapy?
Light is a form of energy that is measured as a stream of particles called photons. There are different types of photons light energies, they are measured and form part of the Electromagnetic Spectrum, of which visible light is one. The wavelength of the light is measured in nanometers (nm) and different wavelengths will interact with matter in different ways. An example would be X-rays which pass through the soft tissues allowing doctors to see inside the body. The visible spectrum, which is the spectrum used for LED Photon light therapy ranges from 400nm (violet) to 700nm (red). There is no risk of damaging the skin or tissue as the power levels used for LED light therapy are not as strong as those used in IPL/Laser treatments. By exposing the light to the skin's surface the skin’s photoreceptors are activated and let the skin cells absorb the energy. The skin will then react to the light in different ways depending on the wavelength and colour of the light.

Red light, also known as the ”Biologically Active Light”, is primarily used as an anti-inflammatory, for stimulating cell activity and for increasing production of collagen and elastin. Red LED light is very popular in the battle against ageing as it provides a reduction in the appearance of fine lines and wrinkles. Red light has also been found to be very healing and can be used to ease muscular pain and help speed up recovery following illness or injury.

Blue light is an antibacterial agent which can kill the P acne bacteria beneath the skin and has anti-inflammatory properties. It targets poryphins, the metabolic product of propionibacterium bacteria, by reducing proteins, resulting in the bacteria been killed without damaging your skin tissue by production of an oxygen free radical. In a very short period of time the signs of acne are significantly reduced and inflammation is reduced. It decreases skin oiliness by lowering excess sebum production to achieve acne inflammation reduction and help to repair the skin. Blue LED light offers a viable alternative to medication in the fight against acne.

White light speeds up metabolism of the active tissues and increases absorption. White light can also strengthen the protein fibre tissues, shrink enlarged pores and promote the synthesis of protein and collagen.

Cyan light is a combination of blue and green lights, that gradually enhance cell energy. Helping to promote skin cells’ metabolism and adjust the gland function of skin, helping to improve oily skin and acne. Cyan light promotes the synthesis of protein and collagen in the skin and is primarily used as a skin illuminator.

The purple light is a combination of red and blue light that causes strengthening of the protein fibre tissues and the minimisation of pores. Purple light has shown particularly good results in the treatment of acne and for the removal of acne marks and also helps to reduce edema (inflammation or swelling).

Due to the nature of non-surgical and non-invasive treatments that we offer, we cannot guarantee results. Results will vary from person to person. Factors such as lifestyle, medical history and age can affect your results and the longevity of results.

As many girls my age I wanted to get Laser Hair Removal on my legs, arms and well to be honest everywhere! I already had a body wrap at RT Aesthetics and when I seen the laser hair removal I had to give it ago I first booked my patch test and skin consultation appointment... 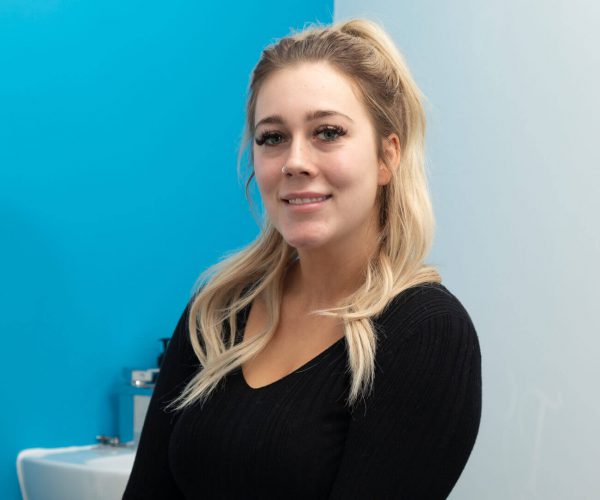